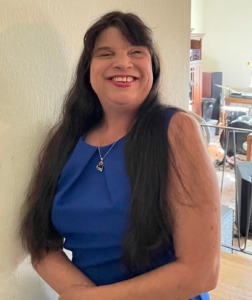 Brandie Kubel has been described as “stubborn” almost from the moment she was born five months premature, weighing just 1 pound and five ounces with little hope for survival.

“My parents were told not to get attached to me or even name me,” Brandie said. “Doctors said even if I lived, I would never walk, talk or see, and I would be a vegetable.”

As Brandie was in the hospital fighting for her life, her mother was fighting for her own survival. Diagnosed with uterine cancer while pregnant with Brandie, she decided to continue her pregnancy and delay treatment until after the baby was born. Fortunately, the cancer did not metastasize, and she was cured after a full hysterectomy.

When Brandie left the hospital in 1971, she was the smallest baby on record to survive. She came home from the hospital and learned how to talk, walk and succeed in school. But she was completely blind in her right eye and had severe low vision in her left eye.

“I was that stubborn kid who didn’t want large print or to use a cane,” Brandie said. “Looking back, I could have benefited quite a bit and not caused so much difficulty for myself. But I was a kid and didn’t want to be different.”

Brandie went to mainstream schools in the Bay Area all the way through community college – she was the only kid in school with vision loss and says she “stuck out like a sore thumb.”

“I was very ambitious, so if someone said I couldn’t do something, I’d say, ‘yeah I can,’ and I’d do it,” Brandie said. “I always told them it might not be pretty, but I’ll do it.”

At age 21, she decided she wanted to become a world traveler. She traveled to 12 states that year and even made it to England. Her final trip started in Washington D.C. and ended on New Year’s Eve in Times Square.

“I have no idea why I suddenly wanted to start traveling,” Brandie said. “I just knew that I wanted to see as much as I could.”

After returning from her travels on Jan. 2, Brandie’s retina detached because of her underdeveloped retina from premature birth, and she lost her remaining vision.

“Who knows, maybe I had a feeling or something,” Brandie said. “I just think my year of travel was meant to be.”

Going completely blind sent Brandie into a tailspin. She had to quit school, give up her apartment and move back in with her parents who were living in Stockton. She underwent six surgeries in one year to unsuccessfully fix the detachment. For six months, she could barely get out of bed or change her clothes and her clinical depression spiraled. Despite being severely low vision before, she lost numerous friends when she went blind.

“I had all these friends and an active life, and then little by little everything dwindled and went away,” Brandie said. “I could count the number of friends I had on one hand. But then I decided to take stock of what I was doing and who I am. I remembered in high school how I wished there was someone who understood me, and I wanted to see if there was a job where I could become that person for someone else.”

Brandie found an organization in Stockton that was helping people with vision loss. She started working on a plan with the Department of Rehabilitation and taking Braille classes. It was her first introduction to people who were blind and were helping others who were blind.

Brandie eventually moved to the Orientation Center for the Blind in Berkeley for 11 months to develop her blindness skills. She met her husband of 27 years, and when she graduated, she accepted a job at the Stockton nonprofit where she created her own program teaching living skills. She left to obtain her bachelor’s degree at UC Berkeley, and when she and her husband moved to Sacramento, Brandie interviewed for an outreach social worker instructor position at Society for the Blind to help create our Senior IMPACT Project. After a brief hiatus from work to start her family, Brandie came back to Society for the Blind in 2012 and has been an independent living skills instructor here ever since. In January 2022, she became our CareersPLUS program coordinator and loves working with the youth, many of whom are the same age as her now 16-year-old son.

“I had a youth program that I had done in Stockton, and they were all so ambitious and excited, but these guys here at Society are even more so,” Brandie said. “They’re so in touch with the world and so connected to what’s happening.”

Brandie remembers wanting to major in social work in college, and her parents being concerned she would not make enough money.

“I decided that if each night as I went to bed, I knew I had helped somebody that day, then I could lay my head down,” Brandie said. “If someone knows their life isn’t over, or knows there will be a tomorrow, then that’s all I care about. I love what I do – it’s the best job ever.”

“To me, blindness was a godsend because I was at a point in college where I didn’t know what I was doing and wasn’t making the best decisions,” Brandie said. “Blindness said it was time to wake up, and it brought clarity to my life. What looked like the worst thing in the world was one of the best things that ever happened to me: I found my career and I met the love of my life.” 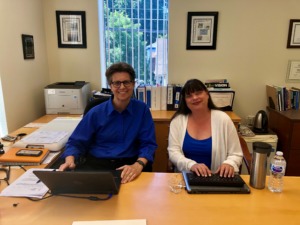 Shari Roeseler and Brandie Kubel present at a webinar in 2019. 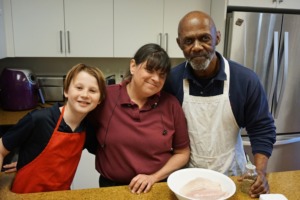 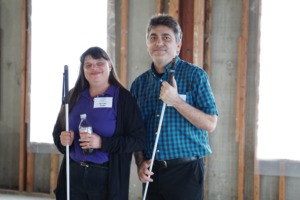