Hispanic Heritage Month kicks off on Sept. 15, and this year’s theme is Celebrating Heritage and Hope. At Society for the Blind, heritage and hope are two of the most important pieces of our various senior support groups, which now include groups in English and Spanish, as well as our Asian Support Group and Black American Senior Support Group.

“It’s so important for people to feel culturally comfortable as they address the many feelings that come with vision loss,” said Shari Roeseler, executive director, Society for the Blind. “Whether it’s speaking the same language, practicing similar customs or helping each other through experiences of discrimination, people with vision loss deserve a safe space where they can feel comfortable sharing challenges and successes.” 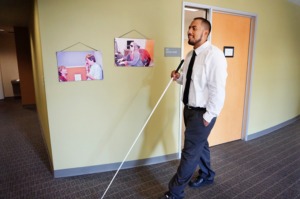 For three years, Alex Zuniga has been facilitating Society for the Blind’s monthly Spanish Support Group, which is conducted entirely in Spanish and continues to grow. When the group began in 2013 in conjunction with Society for the Blind’s Spanish-language Senior IMPACT Project retreats, there were four to five clients coming to meetings each month. By 2019, the group had grown to approximately 12 participants. When the pandemic hit and the meetings went virtual, numbers grew closer to 20.

“It’s a little tough to get Hispanic clients to come to a support group because there is a cultural sense of pride that keeps them from asking for help,” Alex said. “I always tell them they can just listen on the calls and don’t have to talk. And I explain that there are people of many nationalities, including from Mexico, Puerto Rico and Central America. Once they get on the calls, they really enjoy each other and learn from each other.”

Alex, who is 27 years old, began losing his vision at age 16 due to a virus. When his vision decreased substantially at age 21, he battled depression for a few years, so he understands how many clients feel when they first begin losing their vision.

“So many come in angry, and it makes me feel satisfied that I can help them change their perspective on blindness,” Alex said. “I feel proud that they begin to see blindness in a whole different way, especially as other members of the group call them to check on them and encourage them throughout the month. When they talk about their spouses and their family and how they’re living life, it encourages me that I can have a positive life in the future, too.”

Even though numbers have grown since moving to a virtual format, Alex said the group is eager to return to in-person meetings complete with potlucks.

“They’re so excited to see each other and be together again,” Alex said.

The Spanish Support Group will have its next meeting on Sept. 17 from 10:30am-noon, and anyone who speaks Spanish and has vision loss is welcome to join. Call 916-889-7586 for a recording with call-in details. 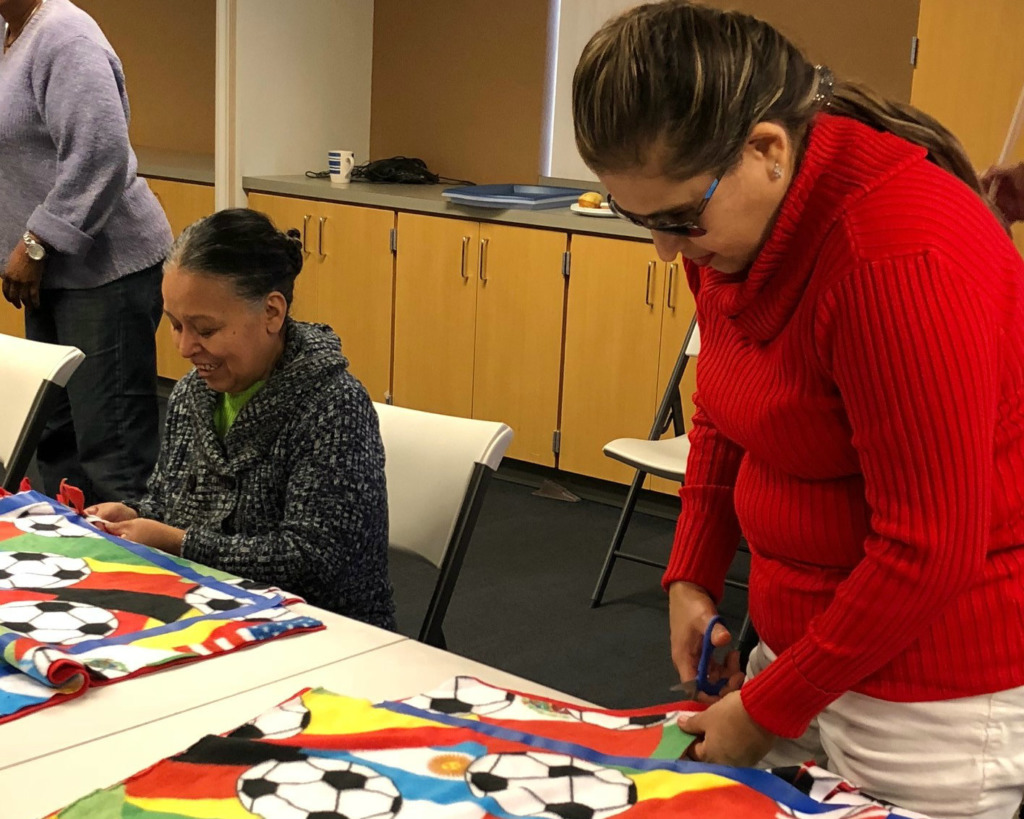